Professor Dennis Lo’s research interests focus on the biology and diagnostic applications of cell-free nucleic acids in plasma. In particular, he discovered the presence of cell-free fetal DNA in maternal plasma in 1997 and has since then been pioneering non-invasive prenatal diagnosis using this technology. This technology has been adopted globally and has created a paradigm in prenatal medicine. He has also made many innovations using circulating nucleic acids for cancer detection, including the screening of early stage nasopharyngeal cancer.

Circulating cell-free DNA in plasma has enabled the development of non-invasive prenatal testing, cancer liquid biopsy and non-invasive post-transplantation monitoring. Circulating DNA consists of fragments of DNA. The study of the details of the fragmentation process is now referred to as ‘fragmentomics’. In this talk, I shall discuss the journey through which my laboratory has contributed to unravelling some of the key understanding in the field of fragmentomics and how one could translate these into a new generation of clinical tests. 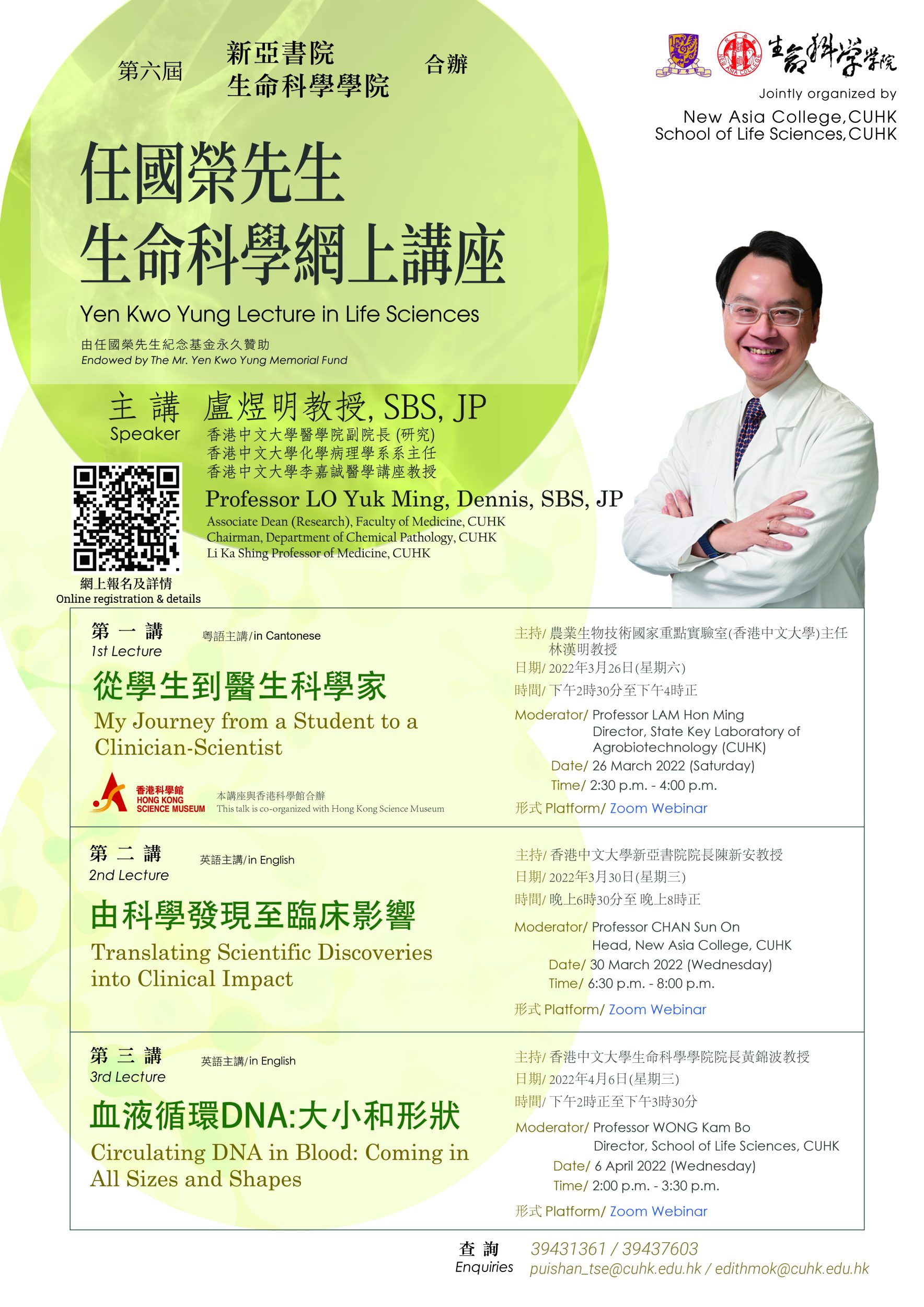