German Festival – Opening Talk "From the Peaceful Revolution to the German Reunification: The dramatic events of 1989/90"

The Office of Student Affairs is organizing an online German Festival in October to share the vibrant and unique German culture.

We cordially invite you to the opening talk “From the Peaceful Revolution to the German Reunification: The dramatic events of 1989/90”. Details are as follows:

Participants will have a chance to get KINO 2020 German Film Festival passes for FREE. Quotas are limited. Register NOW!!

Stay tuned with us for the update of fruitful cultural events!

On November 9, 1989, the Berlin Wall opened at Checkpoint Bornholmerstraße, and the images of people dancing on top of the wall, cheering and crying with joy, went around the world. For more than 40 years, Germany had been divided into two parts: a Western democracy and a socialist one-party system. The fall of the Berlin Wall had been forced by over-months mass protests in the "Peaceful Revolution", which paved the way for reunification of Germany.

In this talk, Dr. Almuth Meyer-Zollitsch will talk about the dramatic events of 1989 and the overall political situation in Europe and in the Soviet Union. This talk will also take a look at the political consequences that are still felt today, 30 years after the reunification. 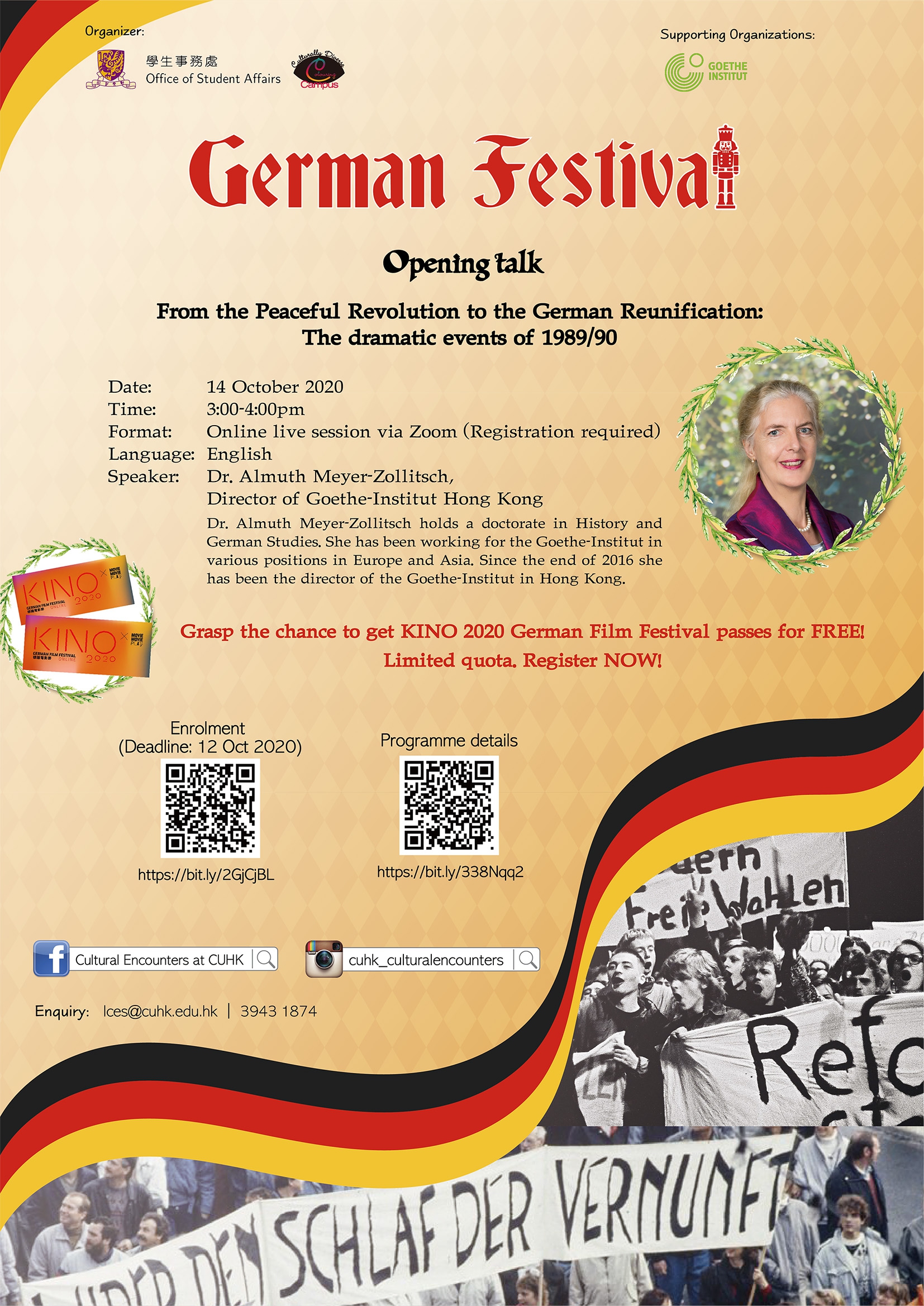