United College Distinguished Visiting Scholar Lecture Series 2021-22:
The Development of Xunzi Studies for the Past 300 Years in Japan and its Contemporary Significance

The purpose of this lecture is to elucidate the significance of Xunzi’s thought in the intellectual and liberal arts tradition of contemporary East-Asian societies by delineating the process of the development of Xunzi studies for the past 300 years of Japan. In its development, the following three points are worth to mention: Firstly, the import and development of Xunzi’s studies have facilitated the formation of a Japanese society being ruled by li (ritual and social norm). Secondly, the understanding of Xunzi’s thought by Meiji intellectuals has worked as a medium for importing a Western scholarly method known as “philosophy”. Thirdly, the Japanese Xunzi studies of the 20th century has clarified the point that the doctrine known as “Human nature is bad”  in Xunzi’s thought actually does not mean “The innate essential human nature is bad.” Based upon these three observations, the lecture will maintain that the importance of Xunzi’s thought for East-Asian intellectual and liberal arts tradition for the 21st century is still significant. 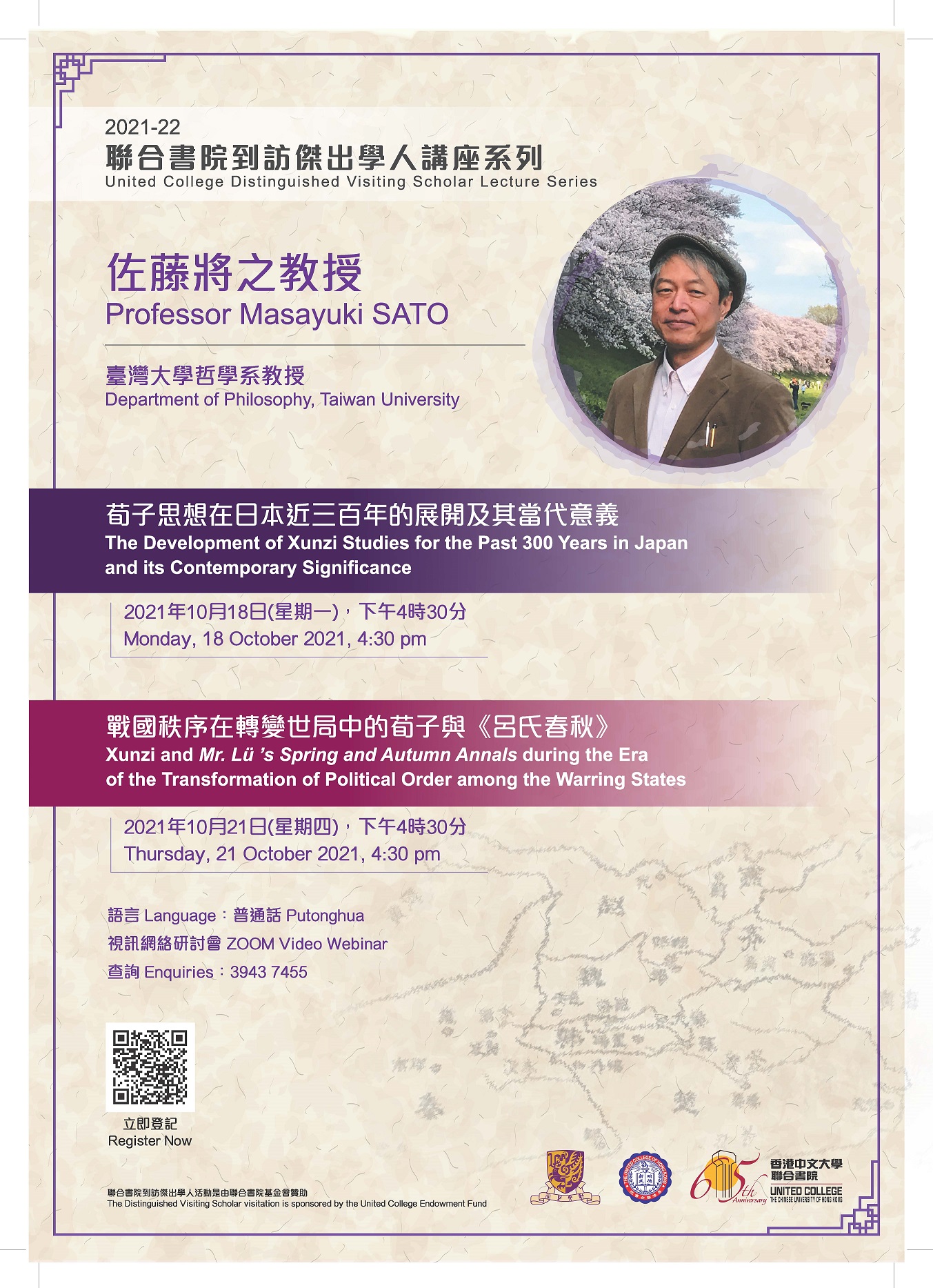