The New Ruling Order and Reconstruction of the Bronze Industry in the Han’s Southern Frontiers: Cases Studies of Bronzes from Hunan and Northern Vietnam

During the Wudi’s reign, the Han dynasty launched series of military campaigns in Lingnan (present-day Guangdong, Guangxi, and northern Vietnam) and incorporated the used-to-be peripheries into the Huaxia system. Previous studies on archaeological discoveries in Han’s southern frontiers often focus on the issues of migration and assimilation evidenced by burial records as well as the establishment of ruling towns. Yet, the integration of local societies into the new imperial system has long been overlooked. In this talk, I will introduce my projects in Chenzhou (southern Hunan) and Henoi (northern Vietnam) with regard to the transformation of the bronze production system before and after the arrival of the Han empire. In particularly, my talk will introduce how scientific analysis of bronzes can shed new light on the relationship between political changes and production system for daily goods. 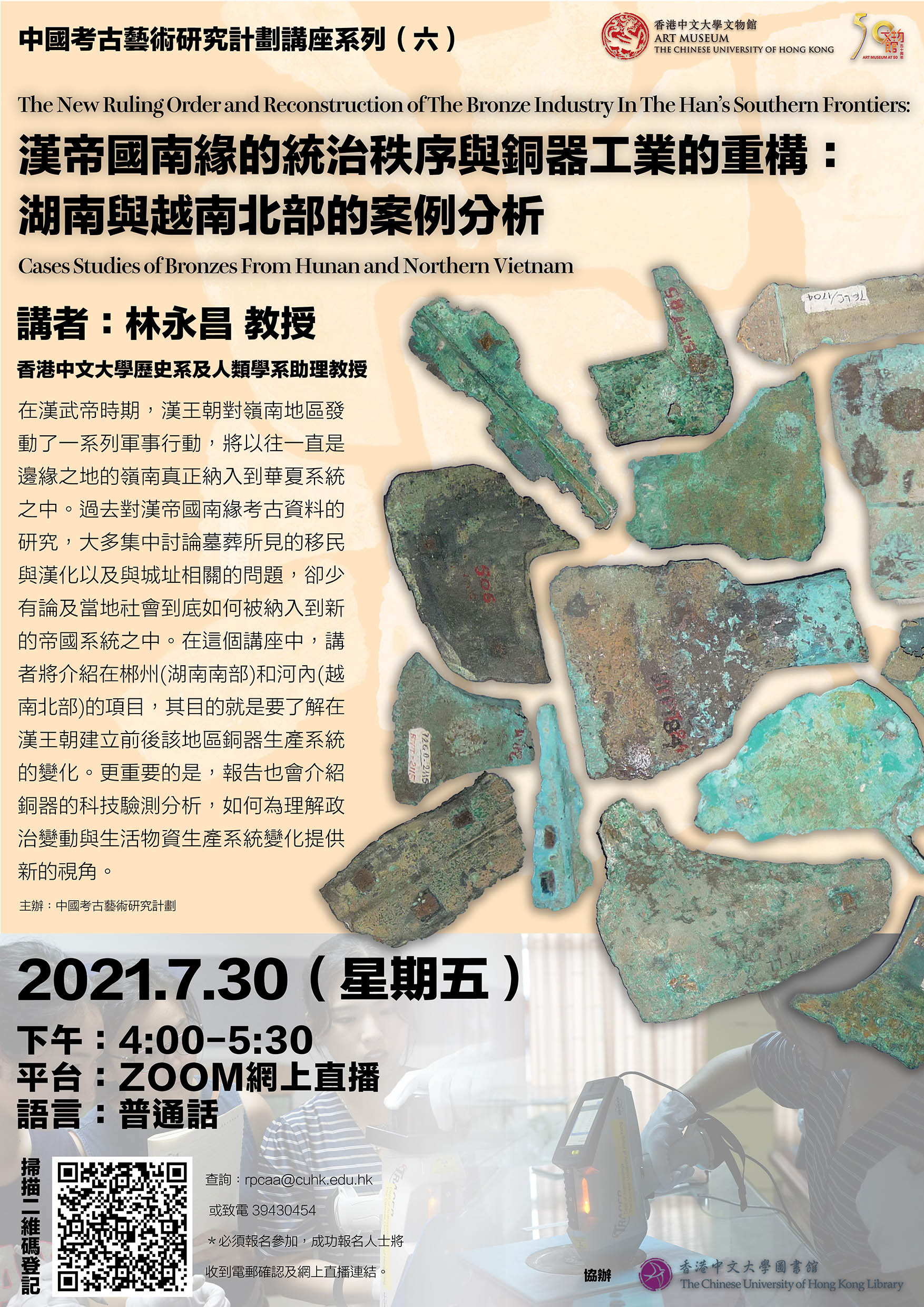