Hiroki Takeuchi is Associate Professor of Political Science and Director of the Sun & Star Program on Japan and East Asia in the Tower Center at Southern Methodist University (SMU) in Dallas, Texas. He received his B.A. of Economics from Keio University in Japan, his M.A. of Asian Studies from University of California at Berkeley, and his Ph.D. of Political Science from UCLA. Previously, he taught at UCLA as a faculty fellow of the Political Science Department and at Stanford University as a postdoctoral teaching fellow of the Public Policy Program. His research and teaching interests include Chinese and Japanese politics, comparative political economy of authoritarian regimes, and international relations of East Asia, as well as applying game theory to political science. He is the author of Tax Reform in Rural China: Revenue, Resistance, and Authoritarian Rule (Cambridge University Press, 2014).

Please email or call the USC office before 10:00am on every seminar day. Thank you.

How does China maintain authoritarian rule while it is committed to market-oriented economic reforms? This talk analyzes this puzzle by offering a systematic analysis of the central-local governmental relationship in rural China, focusing on rural taxation and political participation. Drawing on in-depth interviews with Chinese local officials and villagers, and combining them with game-theoretic analyses, I argue that the central government uses local governments as a target of blame for the problems that the central government has actually created. The most recent rural tax reforms, which began in 2000, were a conscious trade-off between fiscal crises and rural instability. For the central government, local fiscal crises and the lack of public goods in agricultural areas were less serious concerns than the heavy financial burdens imposed on farmers and the rural unrest that the predatory extractive behavior of local governments had generated in the 1990s, which threatened both economic reforms and authoritarian rule.

Please note that the order for lunch box cannot be cancelled once it has been made. You have to pay for the lunch box you ordered even though you cannot attend the seminar. Thank you for your understanding and cooperation. 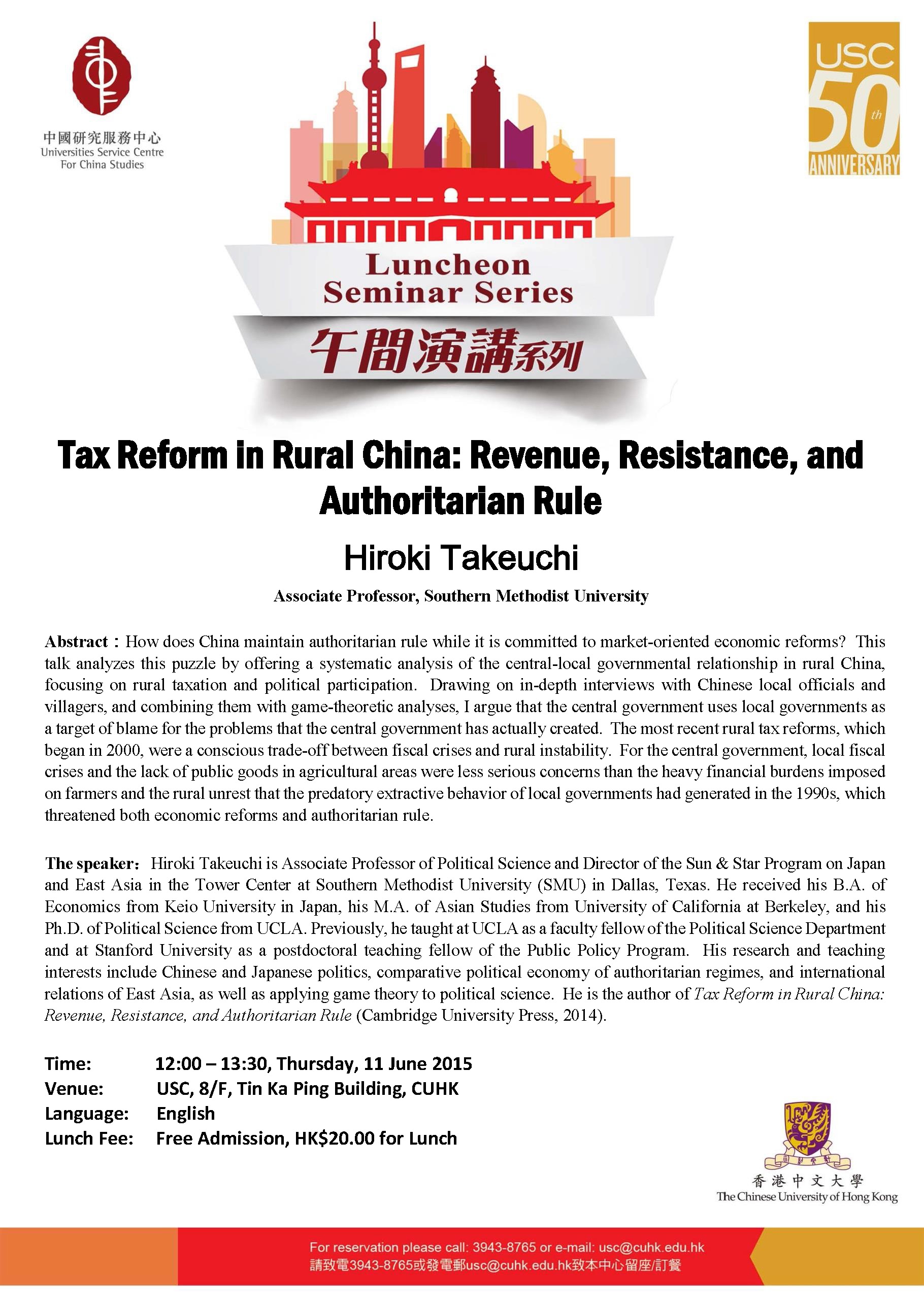