It is generally presumed that the lost-wax (or cire perdue) method as the norm in casting, that is, the best or even the only “correct” way to cast metal. By exposing the picture that Chinese bronze casters predominantly chose not to utilize the lost-wax process they had fully mastered, this research has refuted this problematic presumption. For the lost-wax method, the scheme of a “lost model” lies at the core of this process. The clay mold, as an investment onto the model, does not have to be composed in sections, detached from the model, and reassembled. Hence, this process is also termed as “investment casting,” which is a more inclusive appellation with respect to other meltable substances that occasionally substituted wax. By conducting a more comprehensive investigation of the investment cast objects in pre-Han China (before 206 BCE) and its cultural frontiers, this study plans to place all detected technological variations of investment casting from early China in juxtaposition, such as the “lost-lead” approach, the “lost-cord”/ “burn-out” process, the “lost-wax and lost-textile” method, and different traditions of the lost-wax casting. Especially, this research will look for the social dynamics behind early investment castings and compare the investment casting with other major metallurgical processes in early China. Special attention will be paid to craft production, consumption, and circulation, in order to establish a fuller picture of metalworking, art, and agency in early China and its cultural frontiers. 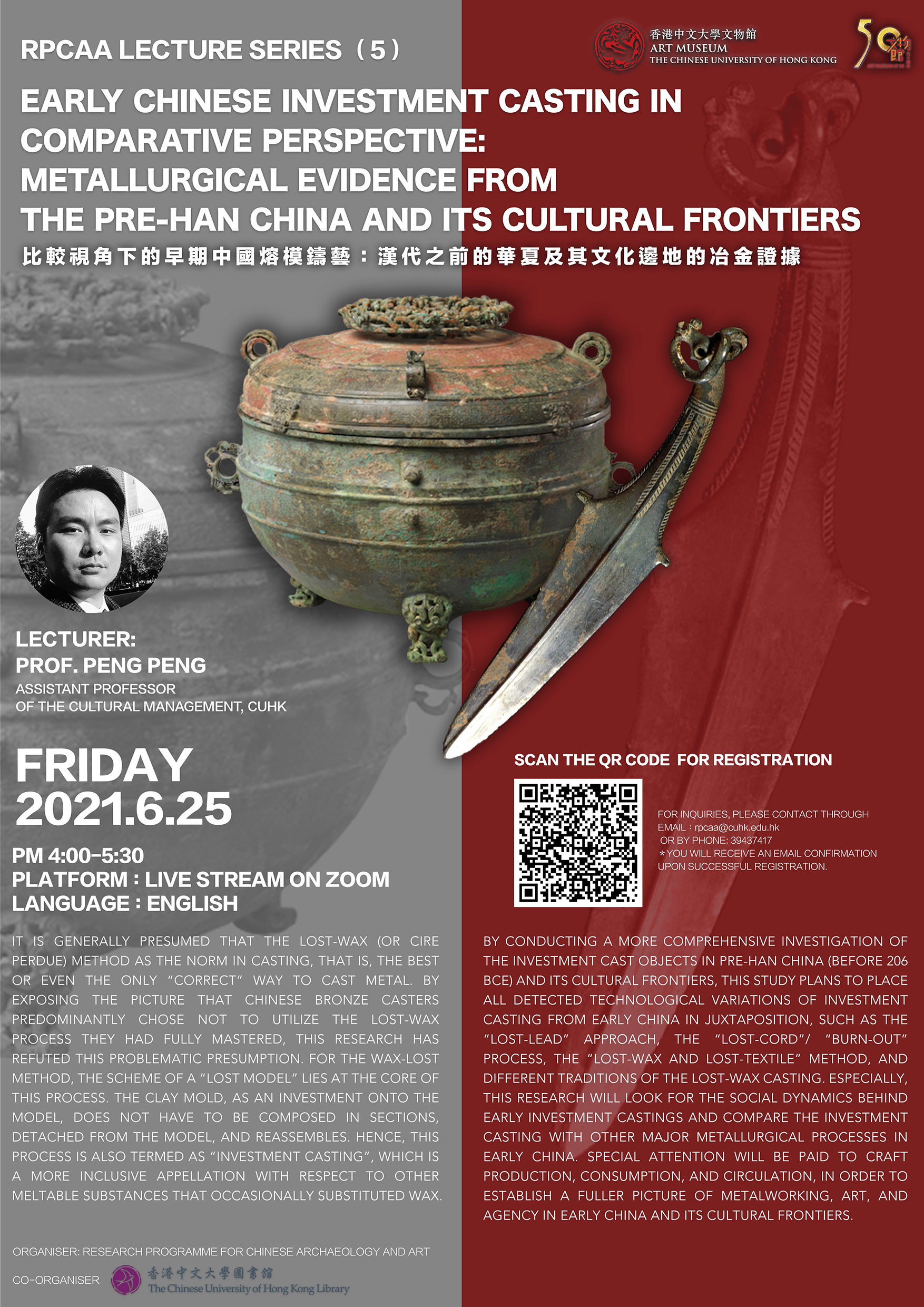