With clients broadly within the technology sector, Pádraig has represented companies within specific verticals of fintech, insurtech, regtech, medtech, edutech, IoT, smart city tech and cleantech. His work includes strategic planning of transactions and negotiation of contracts to deal implementation and contract management.

Ms. Tara Chan
Tara is a Solicitor in our Corporate and Commercial Department having joined Tanner De Witt in September 2016 and completed her training contract.

Tara graduated from McGill University in Montreal, Canada. During her degree, she went on an exchange program to the Tecnológico de Monterrey and moved to Hong Kong to earn her Juris Doctor (Hons) from the City University of Hong Kong. During her JD degree, Tara had the opportunity to study European Competition Law at University College, Oxford University. She earned her Postgraduate Certificate in Laws (PCLL) and graduated with Dean’s List from the City University of Hong Kong. Tara is a native English and French speaker. She is also proficient in Spanish. Tara is a member of the Women in Tech group in Hong Kong.

Tara has experience advising and drafting various documents for venture capital work such as:

When looking for investors for your startup, what sort of preparation should you do when you look for investors? Ever heard of due diligence, SAFE and Convertible Loan Notes? These are all tools that could help you out! Don’t miss out on this upcoming webinar, where our speakers will cover the legal processes for funding! 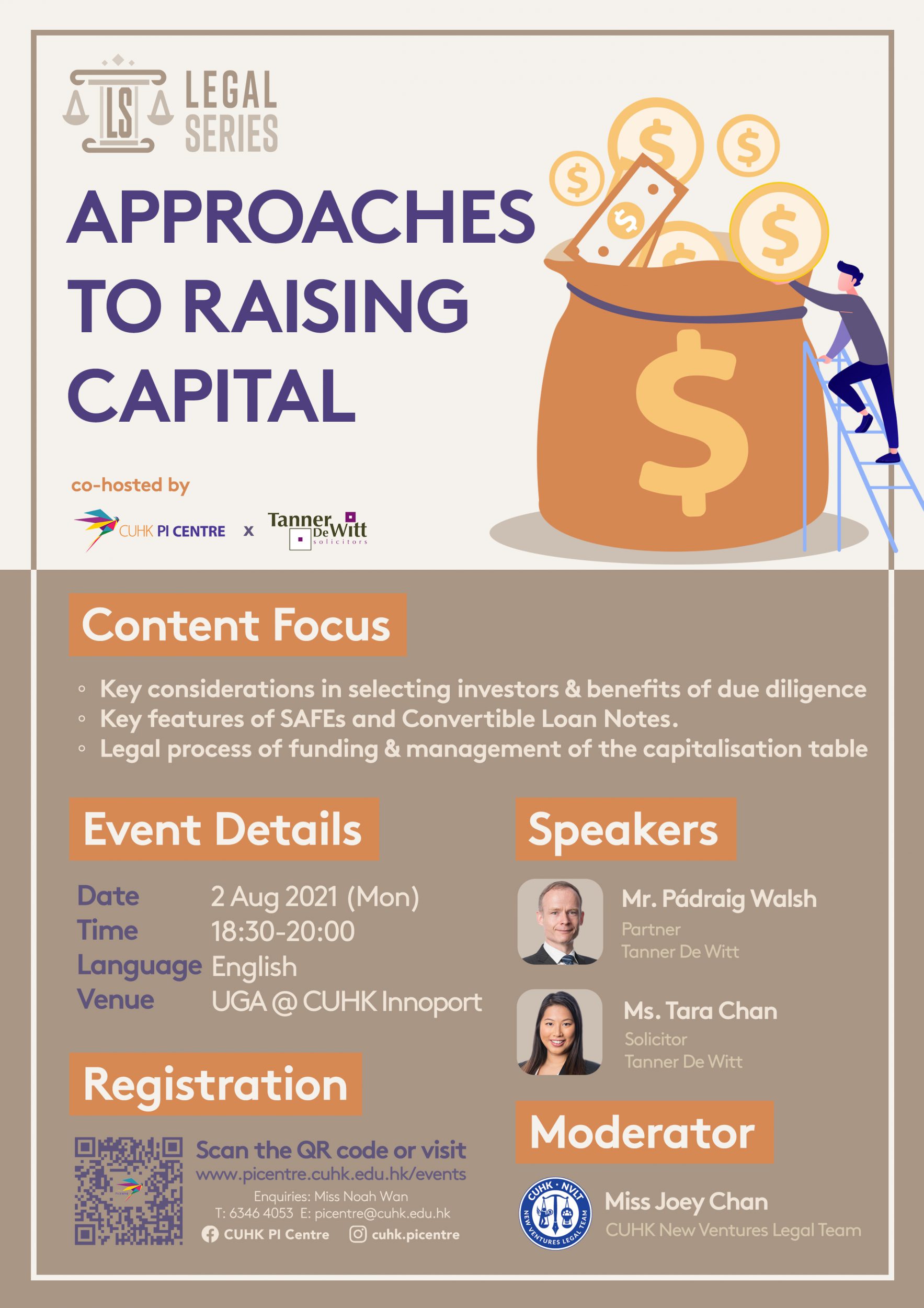 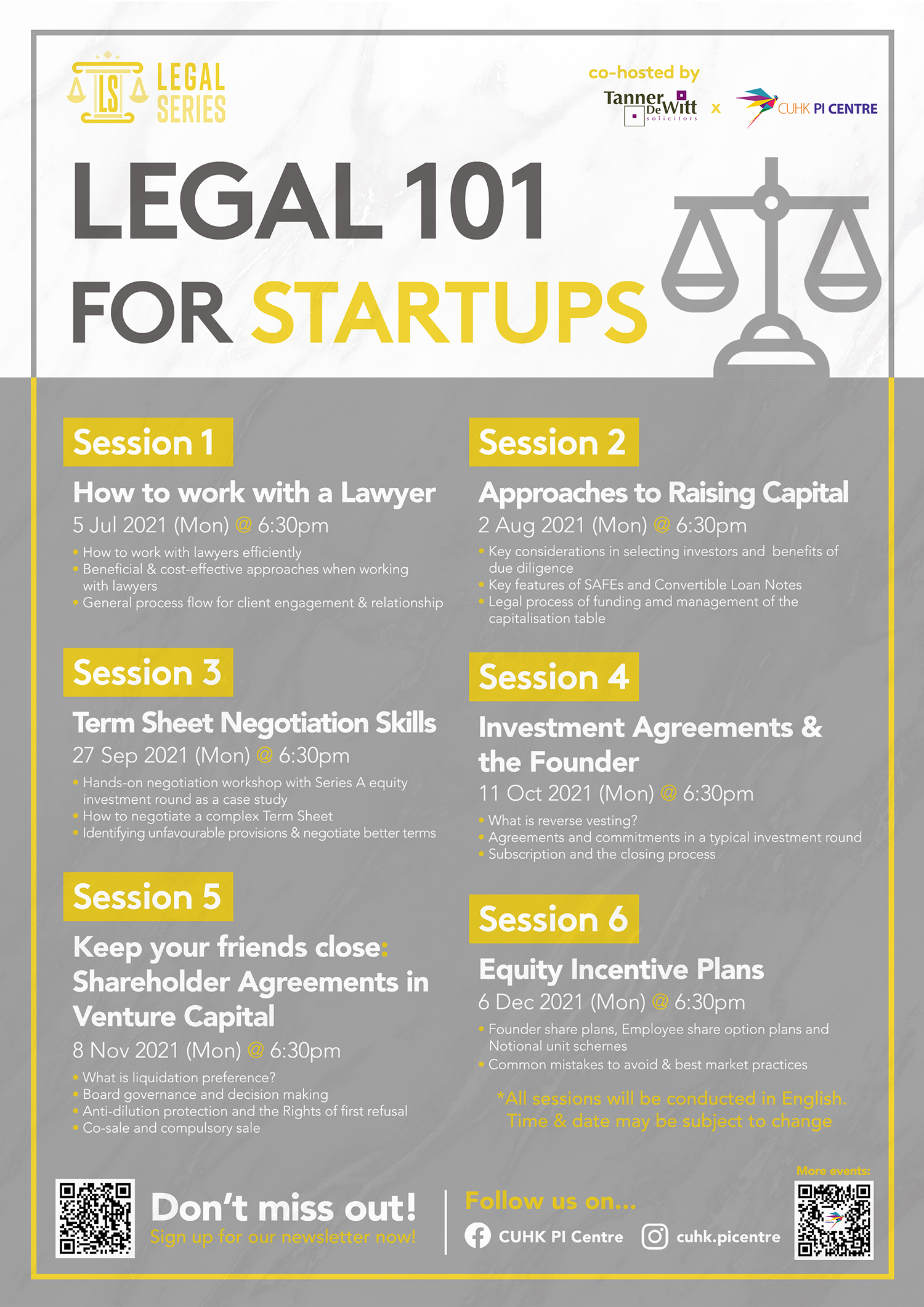