“The Eagle Shooting Heroes Dong Cheng Xi Ju”
The Queen of Golden Wheel Kingdom had an affair with her cousin West Poison, and they planned to take over the Kingdom. The Princess discovered their treason, but she was defeated by West Poison. She fled and sought for her master’s help. With the help of East Evil, South Emperor, North Beggar and Chow Po-tong, she challenged West Poison again and a long fight then began.

“Ashes of Time Redux”
The story centered on Ouyang Feng, a heartbroken man who spent his days alone in the desert, connecting expert swordsmen with those seeking contract killing. As Ouyang narrated his tale, which interweaves with the stories of his unusual clients, old friends and future foes, he began to realise the mistakes of his own past, and how his fear of rejection may have led him to a life of exile.

Ashes of Time Redux was created by the Director Wong Kar-wai 15 years after the release of the original version. The original version was nominated for Best Picture, Best Director and Best Screenplay in the 14th Hong Kong Film Awards. 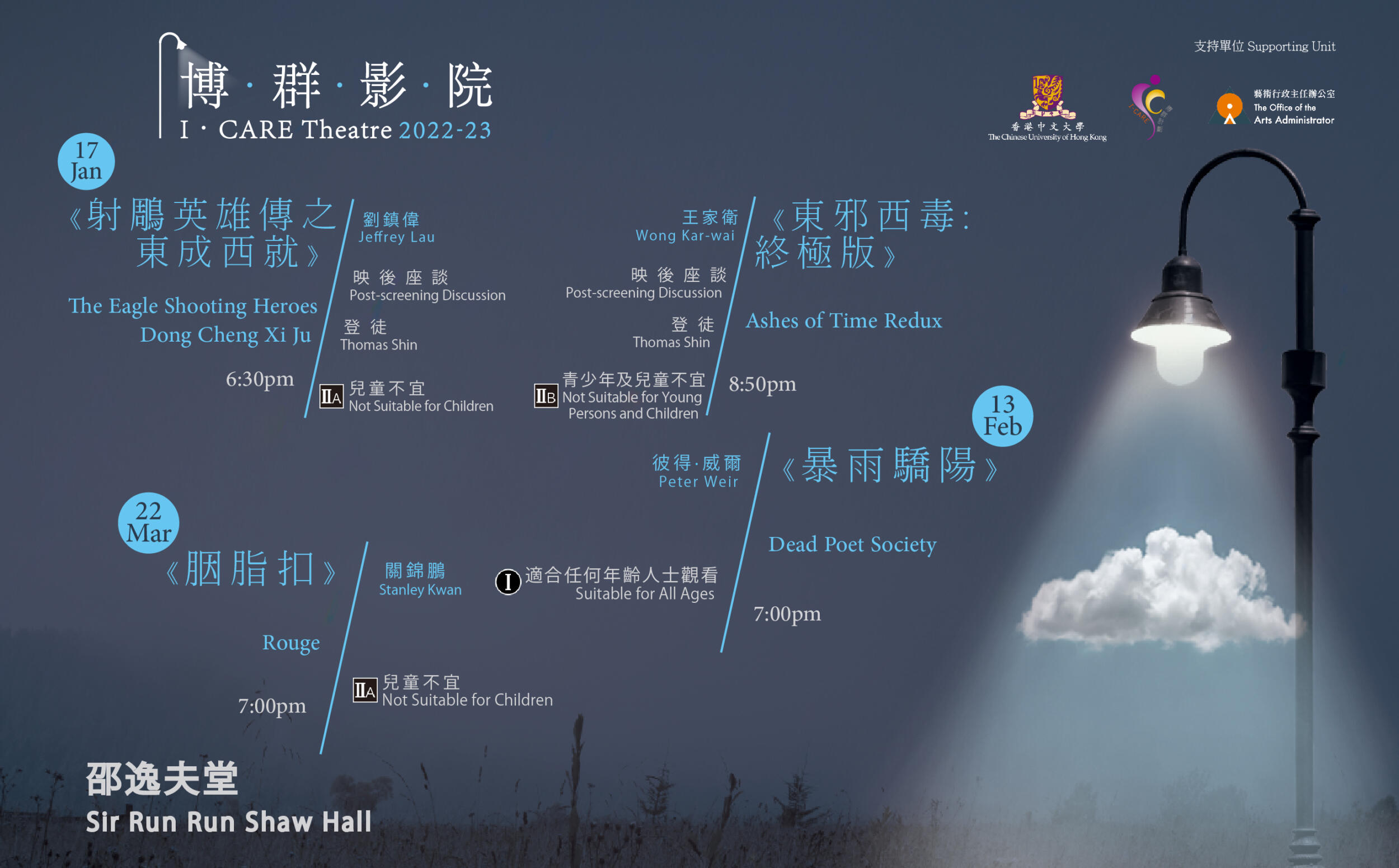