Prof. Rowena He received her Ph.D. from the University of Toronto and conducted her postdoctoral research at Harvard’s Fairbank Center for Chinese Studies. Her first book Tiananmen Exiles: Voices of the Struggle for Democracy in China was named one of the Top Five China Books of 2014 by the Asia Society’s China File. She has been selected to be a member of the Institute for Advanced Study at Princeton (2018-19). Before joining CUHK, she has taught at Harvard University and received the Harvard University Certificate of Teaching Excellence for three consecutive years. Her op-eds have appeared in the Wall Street Journal, the Washington Post, the Guardian, and the Globe and Mail. She was designated among the Top 100 Chinese Public Intellectuals of 2016.

I·CARE Salon is an iconic programme under the University Lecture on Civility which promotes reflective thinking on different topics.  Through a series of seminars, participants will be able to exchange insights on significant academic, cultural and social issues.

Focused on “reading”, the I·CARE Salon of this academic year encourages participants to maintain their persistence of dialogue and rumination in the time of uncertainty.  The upcoming session of I·CARE Salon, namely Homeland in Exile: Reading Professor Yu Ying-shih, is to be presided by Prof. Rowena He.  It will revisit the masterpieces of Prof. Yu as a tribute paid to the “master of historical studies”.

On-site registration and seating will be arranged according to the infection control measures laid down by the University. 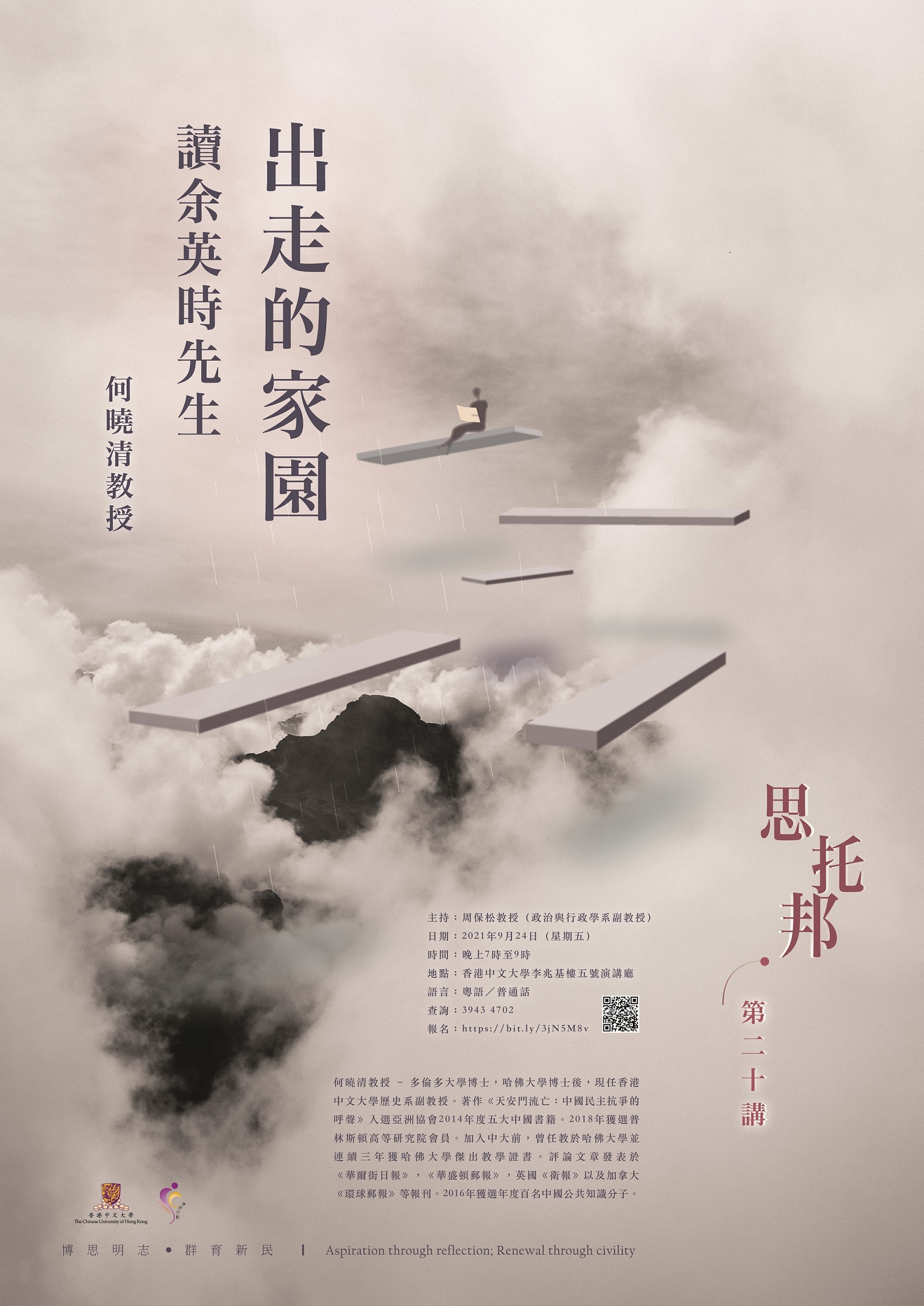