Professor H. Kumar Wickramasinghe, Ph.D., is a member of the National Academy of Engineering, Fellow of the National Academy of Inventors and respected pioneer in nanotechnology. Prior to joining UC Irvine, Wickramasinghe managed nanoscience and technology research at IBM’s Almaden Research Center in San Jose, Calif. He has received several awards including the IEEE Morris E. Leeds Award, 1992, the APS Joseph F. Keithley award, 2000, the Distinguished Corporate Inventor Award, National Inventors Hall of Fame, 1998. In 2006 Professor Wickramasinghe received the Scientific American 50 award for technology leadership. His AFM jet device for rapid molecule sorting and delivery was named one of the 25 most innovative products of 2006 in the inaugural MICRO/NANO 25 competition held by the editors of R&D magazine and in 2008 he received the IBM Faculty Award. He is also an IBM Fellow and a member of the IBM Academy of Technology, as well as a Fellow of the American Physical Society, the Institute of Physics, the Institute of Electrical and Electronics Engineers, and the Royal Microscopical Society.

Seats can be reserved for the lecture via online registration at http://www.erg.cuhk.edu.hk/erg/node/1142

Lecture will be delivered in English.

Very powerful means for imaging surfaces at ultra high, nanoscale resolution have evolved over the past 30 years. The scanning tunneling microscope (STM) enabled, for the first time, the direct visualization of atoms and molecules. The STM, while being very powerful, was however limited to observing conducting or semiconducting surfaces. The atomic force microscope (AFM) was invented some years later to overcome some of these limitations. In spite of this extraordinary invention, much technology needed to be developed to make the AFM a versatile tool. The talk will trace the development of the AFM from its infancy to its current form and introduce many of the powerful scanning probe microscopes (or nanoscope) that were invented along the way. 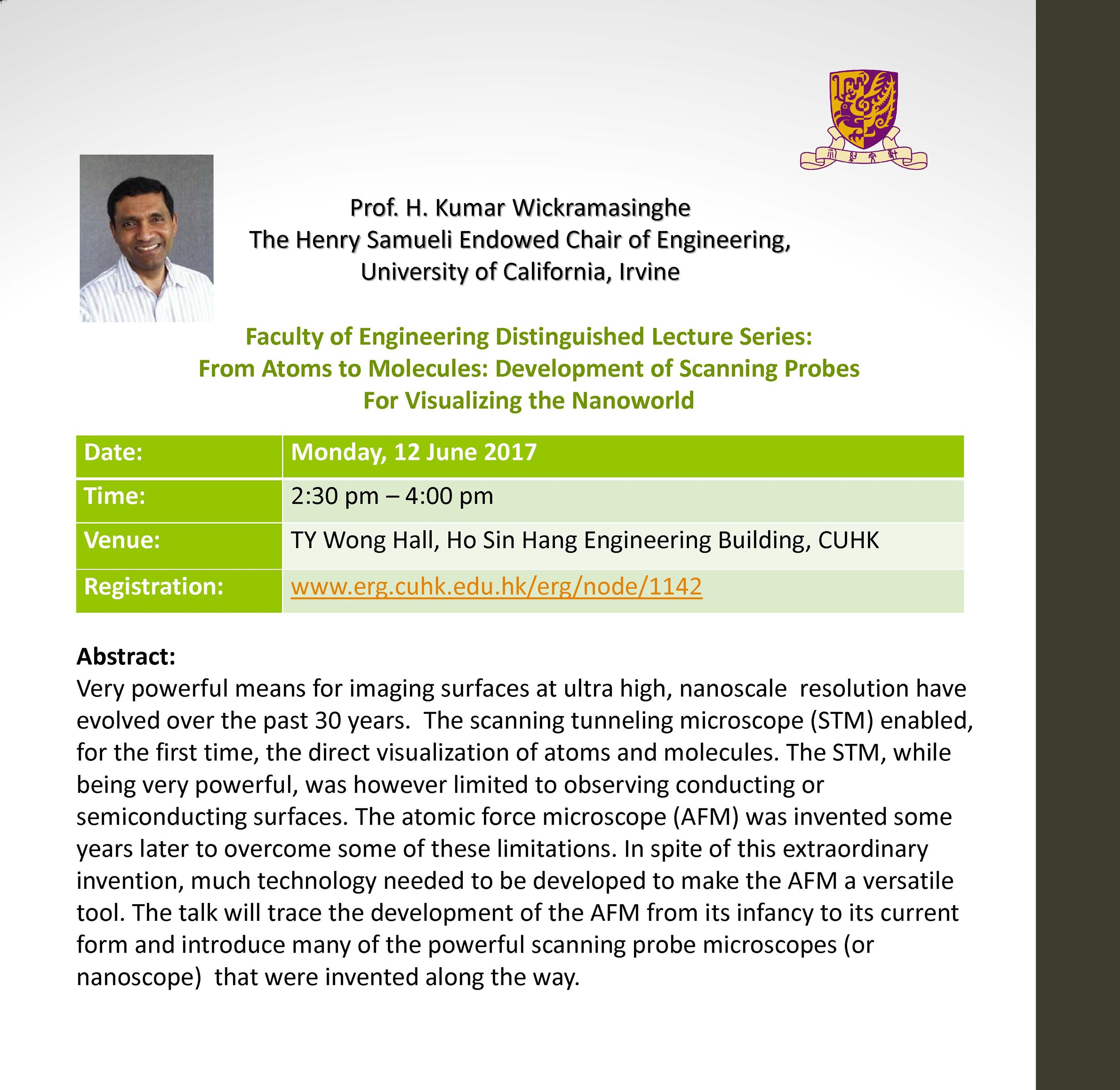