Professor Philip Zimbardo is internationally recognized as the “voice and face of contemporary psychology” through his widely viewed PBS-TV series, Discovering Psychology, his media appearances, best-selling trade books, and his classic research, The Stanford Prison Experiment.

Professor Zimbardo has been a Stanford University professor since 1968 (now emeritus), having taught previously at Yale, NYU, and Columbia University. He also continues to teach at the Naval Post Graduate School in Monterey (courses on the psychology of terrorism), and is professor at the Palo Alto University (teaching social psychology to clinical graduate students). Professor Zimbardo has been given numerous awards and honors as an educator, researcher, writer, media contributor, and for service to the profession of psychology. He has been awarded the Vaclav Havel Foundation Prize for his lifetime of research on the human condition.

His current research interests are in the domain of experimental social psychology, with a scattered emphasis on everything interesting to study from: Time perspective, persuasion, madness, violence, political psychology, and terrorism. His current passion is The Heroic Imagination Project, exploring and encouraging the psychology of everyday heroes.

My Journey from Evil to Heroism

As a kid (in the 1930’s and 40’s) growing up in the inner city ghetto of the South Bronx, New York, I wondered why my good friends turned bad, were corrupted by the evil that tempted us, which I was able to resist.

As a research psychologist (in 1970’s), I framed that earlier curiosity as a testable research question: When good people are put in a bad place, does their good personality and character dominate, or are they dominated by powerful, subtle situational forces? My Stanford Prison Experiment generated the negative conclusion about bad barrels corrupting good apples.

Decades later, as a more mature social activist psychologist (in 2004), I was an expert witness defending one of the MP prison guards at Abu Ghraib, to show that he was not a “bad apple,” but rather a good one immersed in a horrible barrel created and sustained by the Military and Bush Administration Systems.

Now in the twilight of my career (2010), my vision has shifted 180 degrees to wonder if and how ordinary people can become “Everyday Heroes.” I have started a non-profit corporation in San Francisco. whose mission is to explore and encourage heroic action from people of all ages and nations by internalizing and acting on a vibrant Heroic Imagination.

The lecture will be conducted in English. 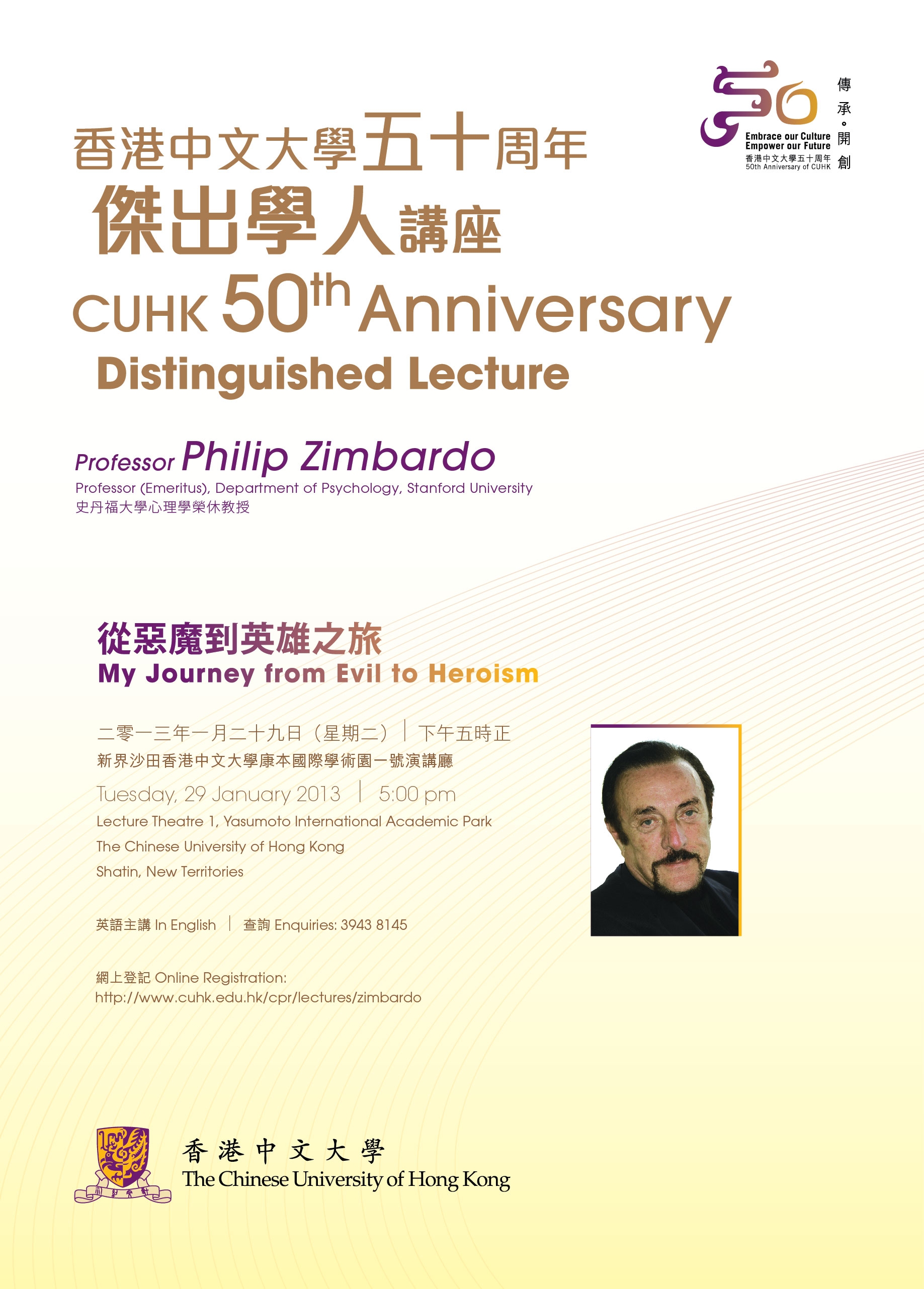