Karen Hao is a Hong Kong-based reporter at the Wall Street Journal, covering China’s tech industry and its impacts on society. She was previously a senior editor at MIT Technology Review, covering artificial intelligence. Her work is regularly taught in universities, and cited in government reports and by Congress. She has received numerous accolades for her coverage, including an ASME Next Award for Journalists Under 30, two Front Page Awards, and several Webby Award nominations.

The dazzling and erratic tech industry is rich soil for a new generation of storytellers. But how do you find stories? How do you peel back the complexity for a lay audience? Embark on a discussion with Karen on how she approaches her coverage, including how she reported her recent MIT Technology Review series on “AI Colonialism” and her Facebook investigations. Karen will reveal the strategies and tools she uses to unravel and examine how technology is rewiring our society, including the most important: empathy.

Organized by School of Journalism and Communication, CUHK 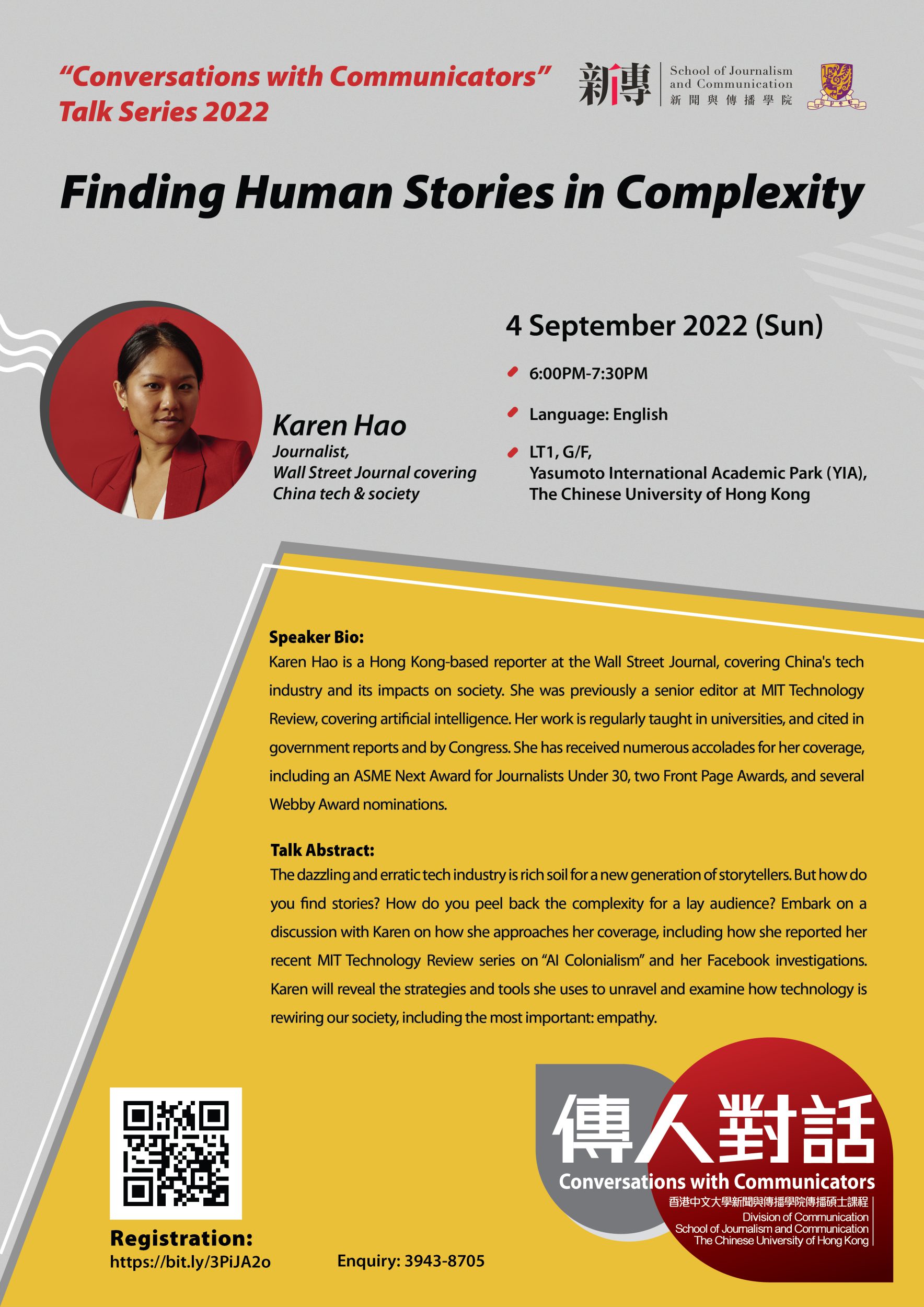