Lynne Y. Nakano is Professor in the Department of Japanese Studies, CUHK. Trained as an anthropologist, she has published on volunteering, single women and gender issues in Japan. Her book, Making Our Own Destiny: Single Women, Opportunity, and Family in Shanghai, Hong Kong and Tokyo is forthcoming from the University of Hawai’i Press in 2021.

The speaker will argue that the experiences of single women living in the three cities of Shanghai, Hong Kong, and Tokyo share basic similarities in that women in all three cities encounter contradictory expectations that they perform well at school and work while also preparing to prioritize family responsibilities. That said, single women’s experiences also differ markedly across the three cities. In Shanghai, marriage is seen as a filial duty, in Hong Kong, it is viewed as a personal choice and in Tokyo, it is experienced as a social expectation. The speaker will argue that these similarities and differences can be explained not so much through examining legal, political, or economic structures, but by examining how families in the three societies organize women’s domestic labor, and by considering the different ways in which marriage and women’s provision of care services intersect in the three societies under study. 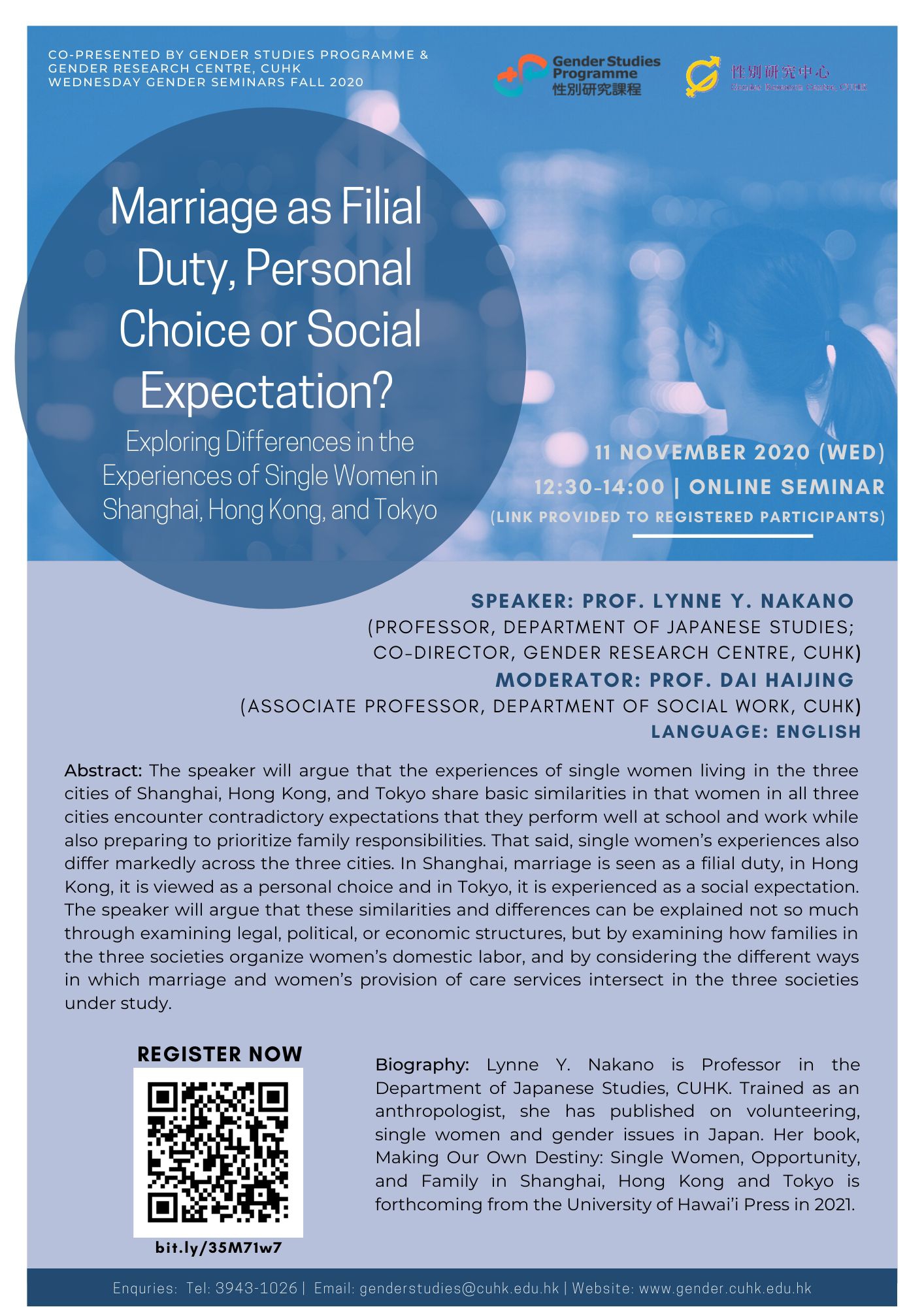