The Changing Face of America: Cultural and Ethnic Diversity in the U.S.

Dwayne K. Antoine arrived in Hong Kong on Oct 2018. Mr. Antoine’s role at U.S Consulate Hong Kong is an Information Management Specialist. Prior to Hong Kong, Mr. Antoine served at the Embassy in Berlin, Germany. Before that he performed a one year tour of duty at the Embassy in Baghdad, Iraq. Mr. Antoine’s first two diplomatic tours abroad were in Jakarta, Indonesia and The Hague, Netherlands. Before joining the Foreign Service – Mr. Antoine was a Department of Defense Contractor as an employee with General Dynamics for 5 years. Prior to his private sector career Dwayne Antoine was a member of the United States Air Force serving from May 1997 – May 2004. Dwayne Antoine’s military career was focused on tactical communications and computer systems. Essentially he contributed to overall U.S. Air Force mission readiness through expert information systems analysis and monitoring. His job with the Department of Defense sent him to assignments in Guam, South Korea, & Germany. Mr. Antoine studied Computer Science at the University of Phoenix.

In terms of Ethnic Diversity Dwayne Antoine would like to talk about how U.S. population has evolved demographically, specifically to focus on the Post WWII boom. His experience in the United States Air Force taught him that Americans represent a population that can be defined by more than just Black, White, & Latino. He has been an expatriate since 1997 – and has a unique experience which can lend itself to an interesting discussion on Ethnic Diversity. 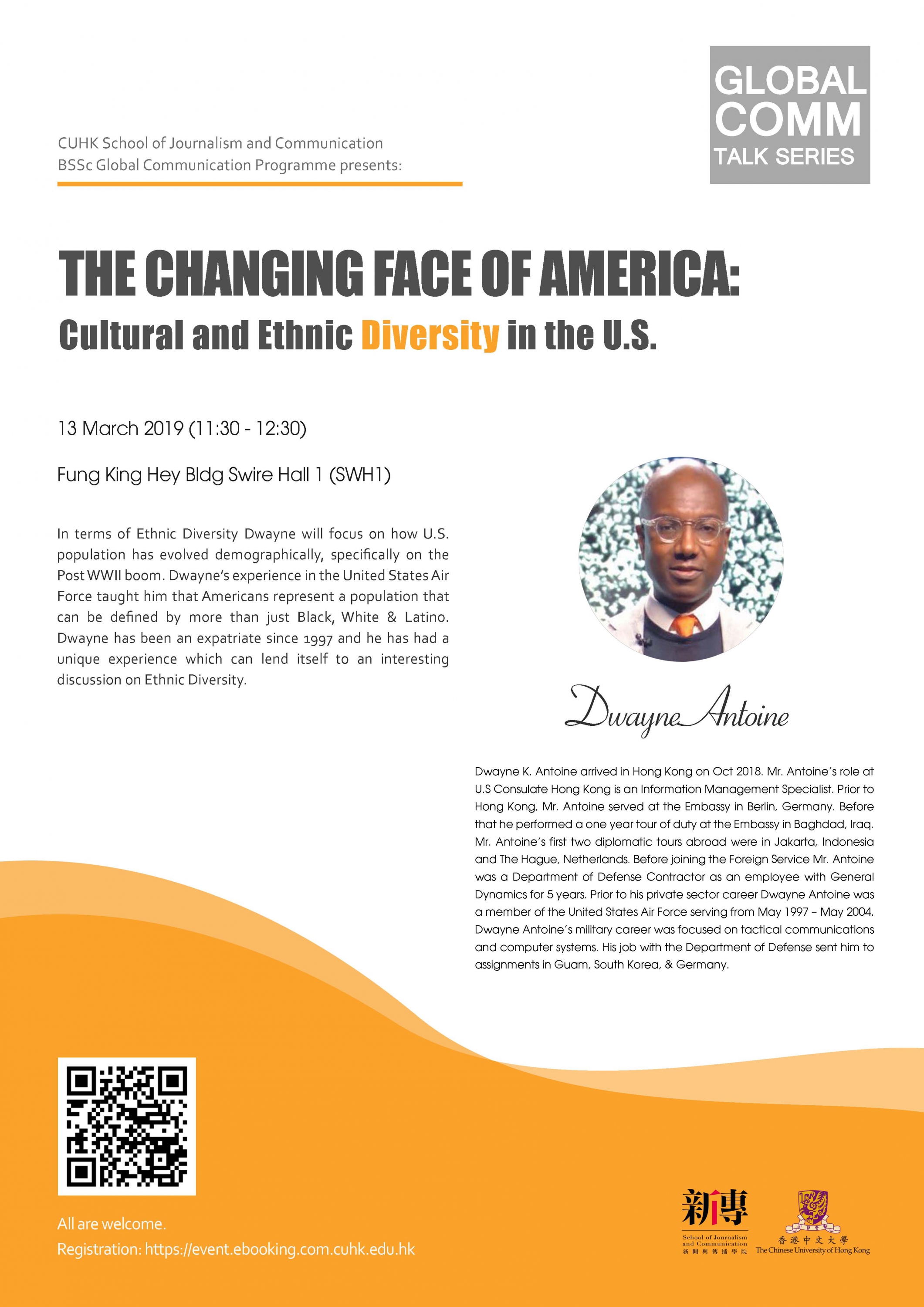