Capital punishment has occupied a unique position in Chinese legal history. As a permanent fixture in imperial China’s legal system, capital punishment was the sole corporal punishment consistently employed by various dynasties from Pre-Qin to the late Qing. From legislation to judicial practices, the use of ultimate punishment in Chinese history has been riddled with contradictions and complexities. This research addresses these dilemmas by placing an analytical spotlight on the functionality, rather than merely the mechanisms of state-endorsed killing. It chronicles the origins and evolution of capital punishment in pre-modern China by examining continuity and changes, execution methods and rituals, and how capital punishment was understood and experienced in history.

CPD credit is available upon application and subject to accreditation by the Law Society of Hong Kong (currently pending). 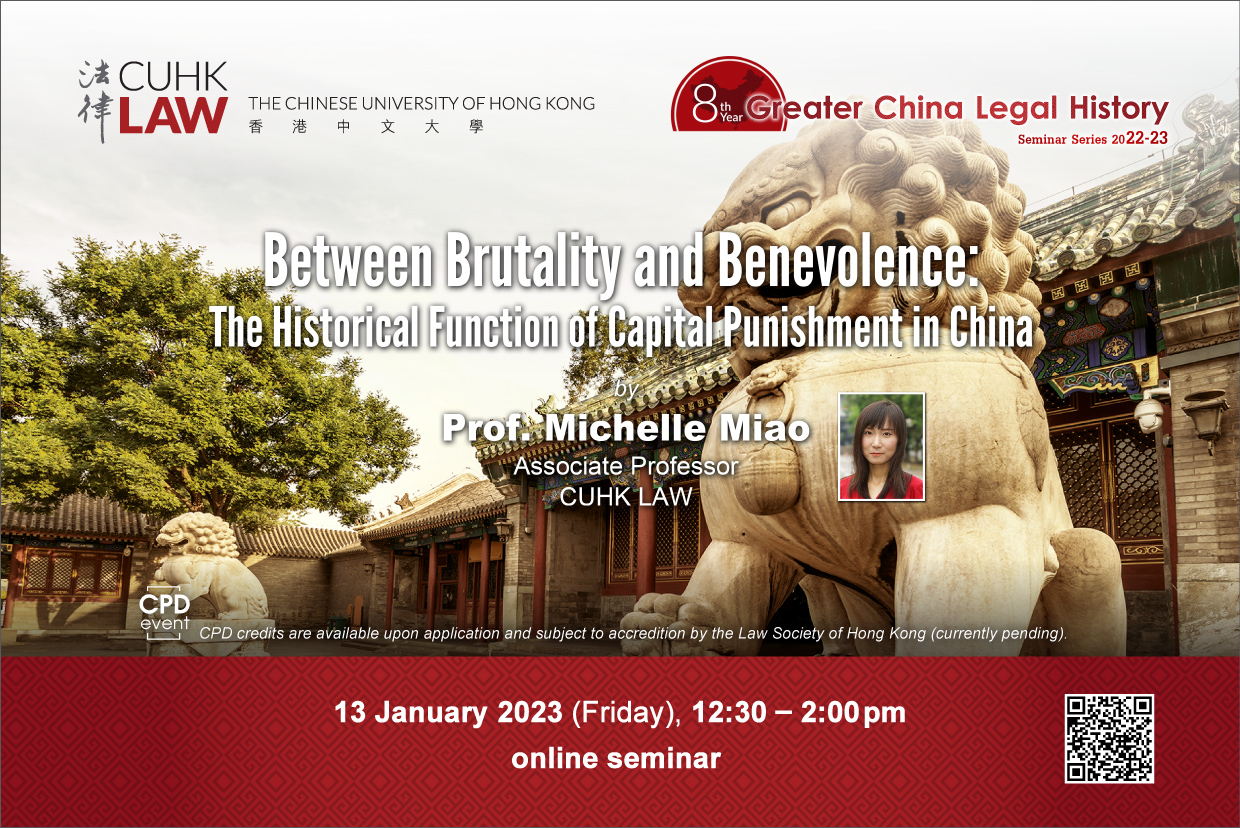