Azan Marwah, Barrister, is an experienced commercial, family, matrimonial and public law advocate and mediator. He was called to the Bar in 2012, and appears in all Hong Kong courts including the Court of Appeal and Court of Final Appeal. He also regularly appears in front of statutory tribunals and boards.

Azan Marwah is an experienced public law advocate, taking instructions from both Government and private clients. He is particularly known for his work in equality law, working on questions of religious, LGBTQ+, gender and disability discrimination.

Azan also advises and appears in a broad range of civil and commercial matters. He is a contributor to the leading texts on contract law and civil procedure.  He has acted as counsel for parties in matters relating to international sale of goods, civil fraud, asset tracing and recovery, employment, property and company related disputes.

Azan Marwah frequently acts as sole mediator, joint mediator and advocate in mediation. He is experienced in a broad range of matters including commercial, employment, family and matrimonial, landlord and tenant, personal injuries and tort, domestic violence, discrimination and harassment.  He has practiced as a mediator in both Hong Kong and the United States, having previously been appointed as a court mediator for the Los Angeles Courts and accredited as a mediator by CEDR.

These periods of change reflect overarching legal, political, and social trends in Hong Kong. It is, perhaps, no surprise that those changes have now reached a crescendo of radical change now, with both public and private efforts by LGBT communities to express and defend their identities and rights through both social and legal challenges. During this talk, he will discuss how far the law has developed, as well as the social, political, and legal causes of these changes, and how sexual and gender minorities have responded. 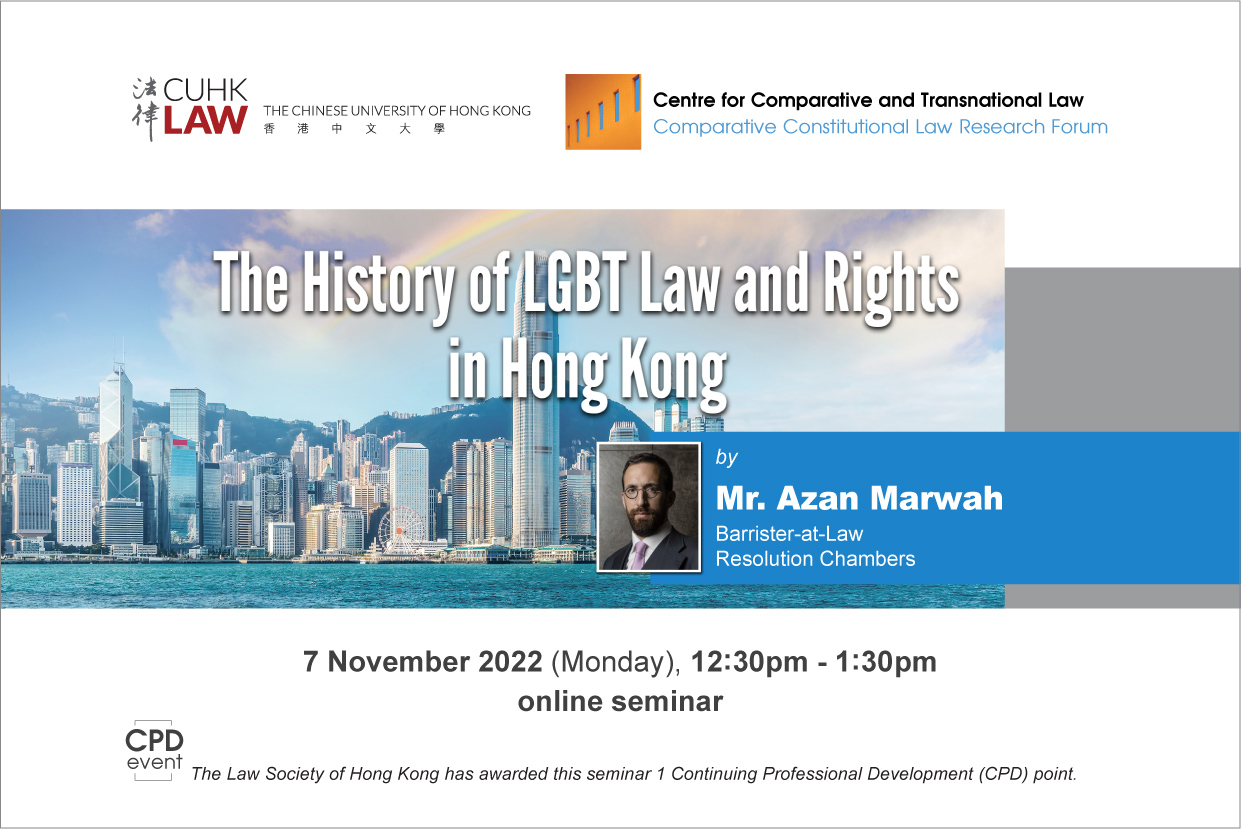